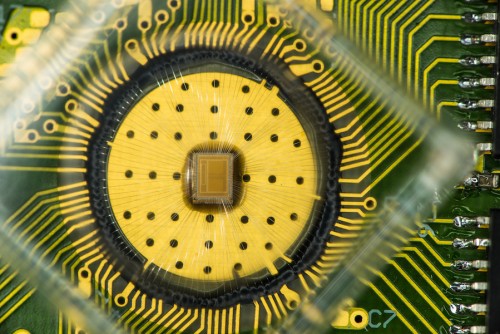 The amount of data being generated on a daily basis is growing exponentially. It’s got to be stored somewhere, and there are increasing concerns that storage technology eventually won’t be able to keep up.

Or at least it won’t without innovation. Last week, IBM announced a major advance in phase-change memory (PCM) that could help alleviate those concerns. In brief, new PCM technology could combine the speed of DRAM, which loses data when powered off and is often expensive, with the reliability of NAND flash memory, which can’t endure numerous read/write cycles. It could become a form of universal memory, according to Haris Pozidis, manager of non-volatile memory systems at IBM Research in Zurich.

As for how that universal memory could be put to use, Information Week explains:

IBM suggests PCM technology could store a mobile phone’s operating system, enabling it to launch in seconds, or it could keep entire databases in memory for time-critical financial applications.

As the store of data being produced grows and grows—in the cloud and elsewhere—that speed and flexibility could come in very handy.