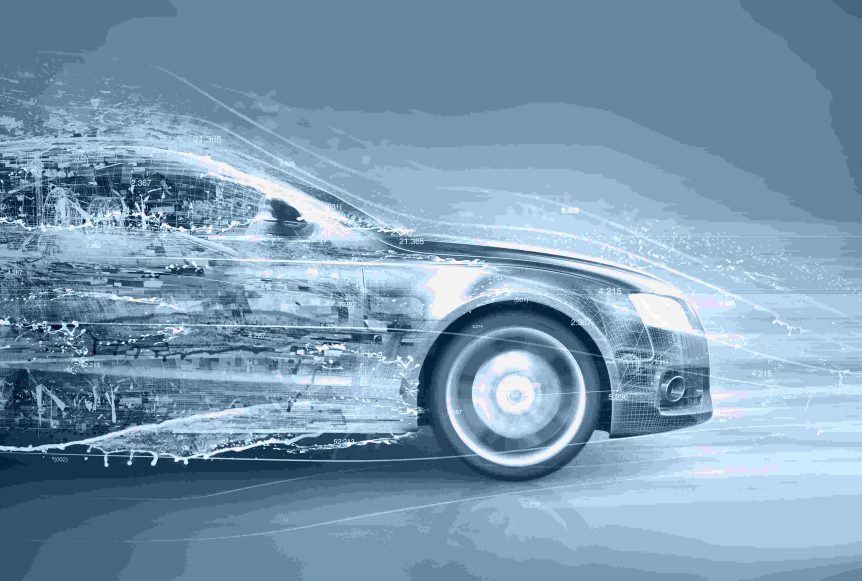 We’re all excited for self-driving, even autonomous, cars, and many tout blockchain as the technology needed to make that happen.

But while that conversation is an exciting one today, CoinDesk’s Consensus 2018 conference played host to an array of esoteric use cases for the mobility space that showcase how many executives in the automotive space are currently taking a more conservative approach to applying blockchain technology to the industry.

Sebastien Henot, manager of business innovation at Renault Innovation Silicon Valley, is such a pragmatist, opting for the low-hanging fruit of using the technology to better manage carmakers’ supply chains.

“Blockchain can bring cost savings to supply chains thanks to new levels of transparency and auditability, which would be of vital help in the unfortunate event of recalls,” Henot told CoinDesk.

And that process could also mark the birth of automobiles with their own unique digital identity.

“If you have an Audi and you want to sell it to buy a Renault, it would be very useful for the Renault dealer to be able to access the Audi birth certificate and see a standardized history,” Henot said.

But it’s still early days, and the process for what kind of data will be shared and how that data will be coded still needs to be standardized.

That’s one of the reasons the Mobi consortium, a kind of standards body for decentralized mobility and data sharing, was launched earlier this month with founding members including BMW, Ford, General Motors and Renault, as well as technology providers like IBM, ConsenSys and IOTA.

According to Henot, starting with the little things, such as certifying the mileage on a car, highlights a very simple, yet beneficial proof-of-concept.

Odometer fraud, or “clocking,” whereby vehicle sellers or dealerships tweak the odometer to make it seem that the car has been driven less miles than it actually has, which can increase the value of a vehicle, is not a new problem (other blockchain-based startups have begun developing systems for just this use case).

In fact, around 450,000 vehicles are sold each year with falsified odometer readings, resulting in a cost of more than $1 billion annually, according to a National Highway Traffic Safety Administration study.

As such, Henot believes the blockchain could eliminate this issue around mileage, “so nobody can tamper with it.”

The team at UK-based Dovu, a startup part-owned by Jaguar Land Rover, agrees. The startup raised more than $13 million, according to current metrics, in a crypto token sale in October 2017, which it will use to incentivize users to behave in a virtuous manner, such as capturing mileage of their vehicles on a regular basis.

Dovu began a mileage capture pilot three months ago with BMW, which enlisted its employees to carry out the test using a simple Dovu-developed crypto wallet.

Explaining the benefits of the system, Dovu CEO and founder, Irfon Watkins told CoinDesk, “If, like BMW, you own a lot of cars under a fleet management arrangement, it’s really useful to know how many miles those cars are travelling every week or every month – rather than every three years.”

“By which time you might find you have an asset on your books worth a lot less than you thought.”

Crypto for the environment, another small step the automotive industry could take to harness the power of blockchain revolves around electric cars.

Dovu is at the forefront of this application as well, using its token as a way to nudge drivers to charge their battery in an optimum way, “that doesn’t degrade the battery, as if it were a mobile phone,” said Watkins.

This use case could potentially push blockchain technology into the mainstream narrative, since so many people, especially millennials, are interested in electric cars for their positive environmental impact.

Spherity, a startup founded by a former technology innovation lead at the largest German utility company, Innogy, is also looking at applying blockchain to electric vehicle charging. The company wants to use the technology to provide an audit trail for “greenhouse gas accounting,” so users can trust their vehicles are using green energy (hydroelectric, wind farmed or solar) as opposed to energy generated by burning coal.

Just like people might want to track and trace sustainably-produced food from farm to fork, so too will environmentally-conscious users want a “guarantee of origin” on the electricity their car is using, Spherity founder Dr. Carsten Stocker said.

“Someone who spends $150,000 to buy a Tesla would probably like to have proof they are charging with green energy.”

More than just cars, still, even while some are starting small, many are fascinated by the future as imagined with blockchain.

For instance, Henot said the future of mobility is not only about making vehicles physically autonomous but also economically autonomous, whereby automobiles speak together, negotiate rights of way, parking and so on, using their wallets.

The big players are controlling a lot of what is going on right now, but as new and open networks roll out, the silos will be shared and the gatekeepers will become irrelevant.

The leader in blockchain news, CoinDesk is a media outlet that strives for the highest journalistic standards and abides by a strict set of editorial policies. CoinDesk is an independent operating subsidiary of Digital Currency Group, which invests in cryptocurrencies and blockchain startups.